The races take place in the Connecticut River in front of the Essex waterfront, involving cruising sailboats of at least 23.5 feet in length. Each race will also include an Ideal 18 class.

Named in memory of outstanding sailors from each club, the River Race Series began in 1971 when the first race was sailed and is a special tradition shared cross the three clubs.

The Thomas C. Clark Race, sponsored by the Essex Corinthian Yacht Club, will be Saturday,
October 8th, and is sailed in memory of Tom Clark, a renowned Essex sail maker, Caribbean
charter captain, and early member of ECYC, fondly known to many as a “friendly salt” in the Essex

The Charles Birch Race, sponsored by the Pettipaug Yacht Club, will be Saturday, October 15th,

River in cruising sailboats.  The Birch race was first held in September 1971. The Birch trophy was

built and donated by friends who worked with him at the Essex Boat Works. Charlie was a member

together, a tradition Ed continues to this day. In 1950, the Open Class became the Pettipaug Yacht Club.

The Clark Race trophy was presented to the club by past ECYC Commodore Jim Nash with the first  race sailed in 1991. The Clark Race will also be open to other one design classes such as Lasers, 420’s,  JY 15’s, MC Scows, and Blue Jays.

Race awards will be presented to those placing in each class. The combined results of  cruising boats will determine

the overall winner of the Tri Club River Race Trophy.

Interested skippers should obtain and complete an entry form for each race at the respective club. 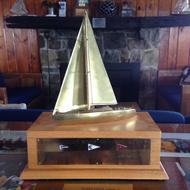 Race 2 of the Tri-Club River Series 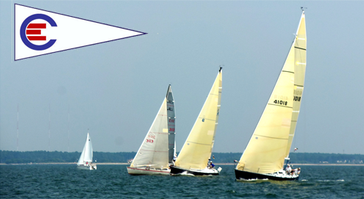 This year, the Tom Clark Memorial Regatta is the SECOND race in the Tri-Club River Race Series